is manufactured from the same company that makes OPMS Gold! That means you are getting the HIGHEST quality, purest and most effective herbal product on the market today. These gelatin capsules contain organically purified kava (OPK). This product can offer a more restful night’s sleep, and may help reduce stress and anxiety.

Availability: 4 in stock (can be backordered)

OPK Kava Extract is manufactured from the same company that makes OPMS Gold! That means you are getting the HIGHEST quality, purest and most effective herbal product on the market today. These gelatin capsules contain organically purified kava (OPK). This product can offer a more restful night’s sleep, and may help reduce stress and anxiety.

Kava and Kratom are increasingly being sold alongside each other at kava bars and in stores online. While they may be similar in name and drink appearance, truth is, they are worlds apart. In this post, we look at some the similarities and differences and explain why it is important for buyers and consumers not to confuse the two.

Kratom is a tropical, evergreen tree in the coffee family, botanical name Mitragyna speciosa. It is native to Southeast Asia, (Thailand, Malaysia, Indonesia, Borneo, etc.) where it has been a part of traditional culture for thousands of years. There, it is traditionally chewed, in raw leaf form, by workers to stave off exhaustion, relieve pain and as a mood enhancer.

Kava is a plant of the pepper family, botanical name Piper Methysticum, indigenous to the Western Pacific (Vanuatu, Fiji, Papau New Guinea, Micronesia, and Hawaii). In these Pacific island communities, Kava is consumed before the beginning of an important religious ritual or ceremony. Most commonly though it is used as a beverage to relax and unwind from the day. Often served at Nakamals (Kava Bars), it is drunk socially instead of alcohol.

“We only use high quality Lateral Roots for our extract, which gives us the cleanest Kava product on the market.”

Kava is a depressant drug, which means it slows down the messages travelling between the brain and the body. Kava is made from the root or stump of the kava (Piper methysticum) shrub.1

Kava comes in different forms including: 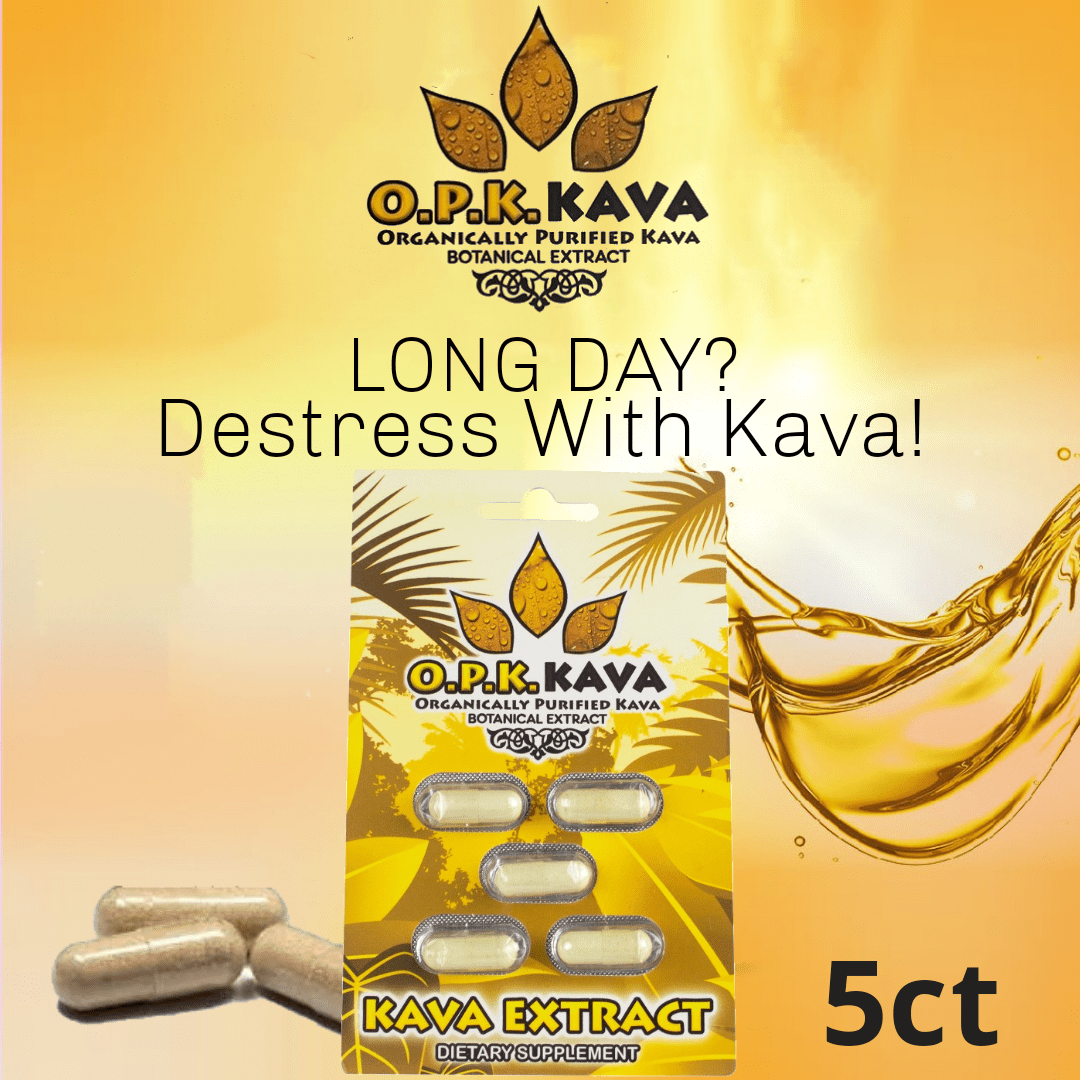 How is it used?

Traditionally, Pacific Islanders crushed, chewed and ground the root and stump of the shrub, then soaked it in cold water to produce a drink for ceremonies and cultural practices. These rituals were said to strengthen ties among groups, reaffirm status and help people communicate with spirits.1

Many Pacific Islanders who have settled in Australia have continued drinking kava or using kava extracts.3

Kava was introduced to the communities in the north of Australia in the 1980s as a substitute for alcohol, to reduce alcohol-related harms in the community. The kava drink is often used for sedative, hypnotic and muscle-relaxant effects, in much the same way that alcohol is used.11

Kava extract is used in some herbal preparations. They are sold as over-the-counter tablets and preparations to be used in the treatment of insomnia, stress and anxiety.4

There is no safe level of drug use. Use of any drug always carries some risk. Even medications can produce unwanted side effects. It’s important to be careful when taking any type of drug.

Kava affects everyone differently, based on:

The following effects may be experienced:

If a large amount of kava is taken the following effects may also be experienced:

Regular use of large amounts of kava may eventually cause:

Manufactured products such as herbal remedies that contain kava extract have been linked to irreversible liver damage. Kava has been shown to cause liver damage when taken in an alcoholic or acetonic extract. For this reason water based extracts of Kava ( as a drink or tablet) should not be consumed with alcohol, especially if there is a history of liver damage or disease.5,6

Impact of mood and environment

Drugs that affect a person’s mental state (psychoactive drugs) can also have varied effects depending on a person’s mood (often called the ‘set’) or the environment they are in (the ‘setting’):

Using kava with other drugs

Kava changes the way that the liver processes some types of medications and drugs, therefore you should consult with your healthcare provider before taking kava.5

Passengers coming into Australia, who are over the age of 18 years, are allowed to bring 4kg of kava without a license or permit, provided it is in their accompanied baggage.

For use as food

The importation of kava, for food use, is prohibited unless the importer holds a permit issued by the office of Drug Control. A number of regulations must be followed to comply with Imported Food Control Act 1992.

A permit is required for each shipment. If kava is imported without a permit, it can be seized by Australian Border Force.

Media outlets have reported that a permit has been granted to sell kava drink in selected supermarkets as part of the Australian Government’s Kava pilot.

Medical and scientific use

The importation of kava for medical and/or scientific purposes is prohibited unless the importer holds a license and permit issued by the Office of Drug Control.

There is no evidence that people who regularly use kava become dependent on the drug, so if you stop taking it, you are unlikely to experience withdrawal symptoms. However, if you have health problems seek medical advice.

This site uses Akismet to reduce spam. Learn how your comment data is processed.